As you know, this past weekend we had a Frozen party. The focus was more on Olaf, because my daughter(and son) loves him. This layered Olaf cake was perfect!

I used this white cake recipe and tripled it. Some of the batter were used for the school cupcakes, the other were divided into 3 pans(around 600 ml each). I used an electric blue gel food color and colored two of the cakes: one with only a few drops, the other one double the drops.

The baked cakes were stacked on top of each other, starting with the white layer, then mint, then teal. I added only a little bit of icing sugar in between. Then I “decrumbed” the cake by icing the whole cake, and taking most of the icing off again. This way the crumbs(most of it) won’t be a bother when icing the final layer. I don’t have a fancy icing tool, but a card works great! 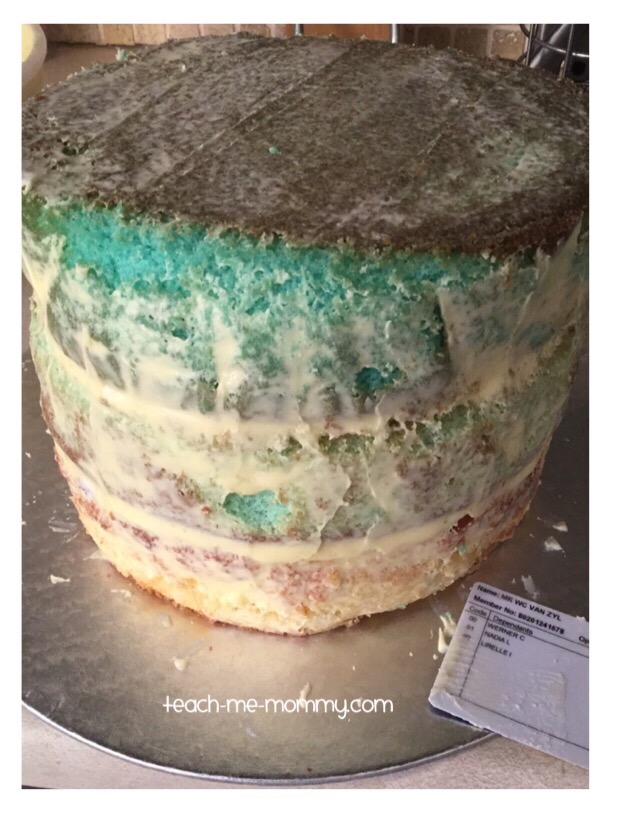 The final layer of icing took a while. The white icing sugar was again divided into three(I used 2 Pillsbury vanilla flavoured tins), and coloured with the same food gel coloring as the cakes. I started with plain white at the bottom, and worked up to the darker blue. I used scissors to give the icing tiny cuts to get the effect it has: 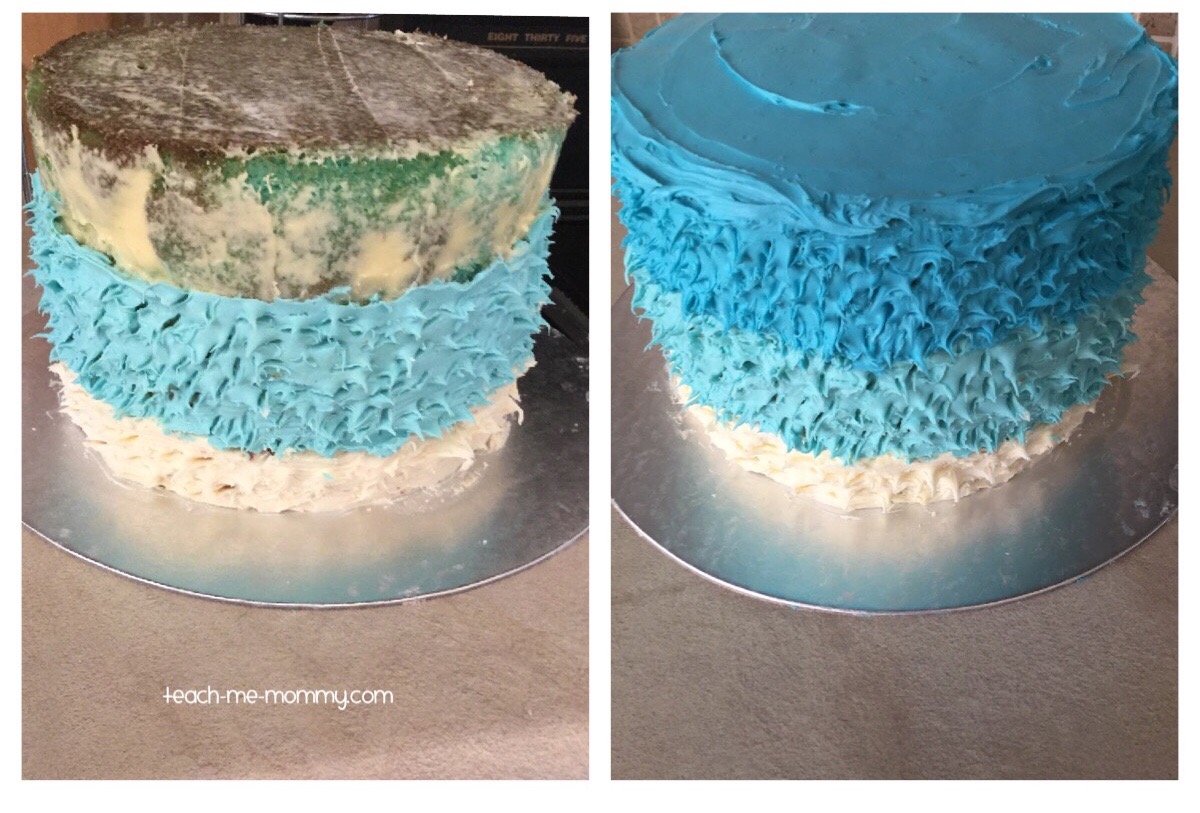 Finally, Olaf(made from marshmallow fondant) were added, together with the chocolate snowflakes, silver balls and a “blinged up” candle. I added her name with glitter icing, hoping it would be a bit more puffy. That was the only part of the cake I am not exactly satisfied with. 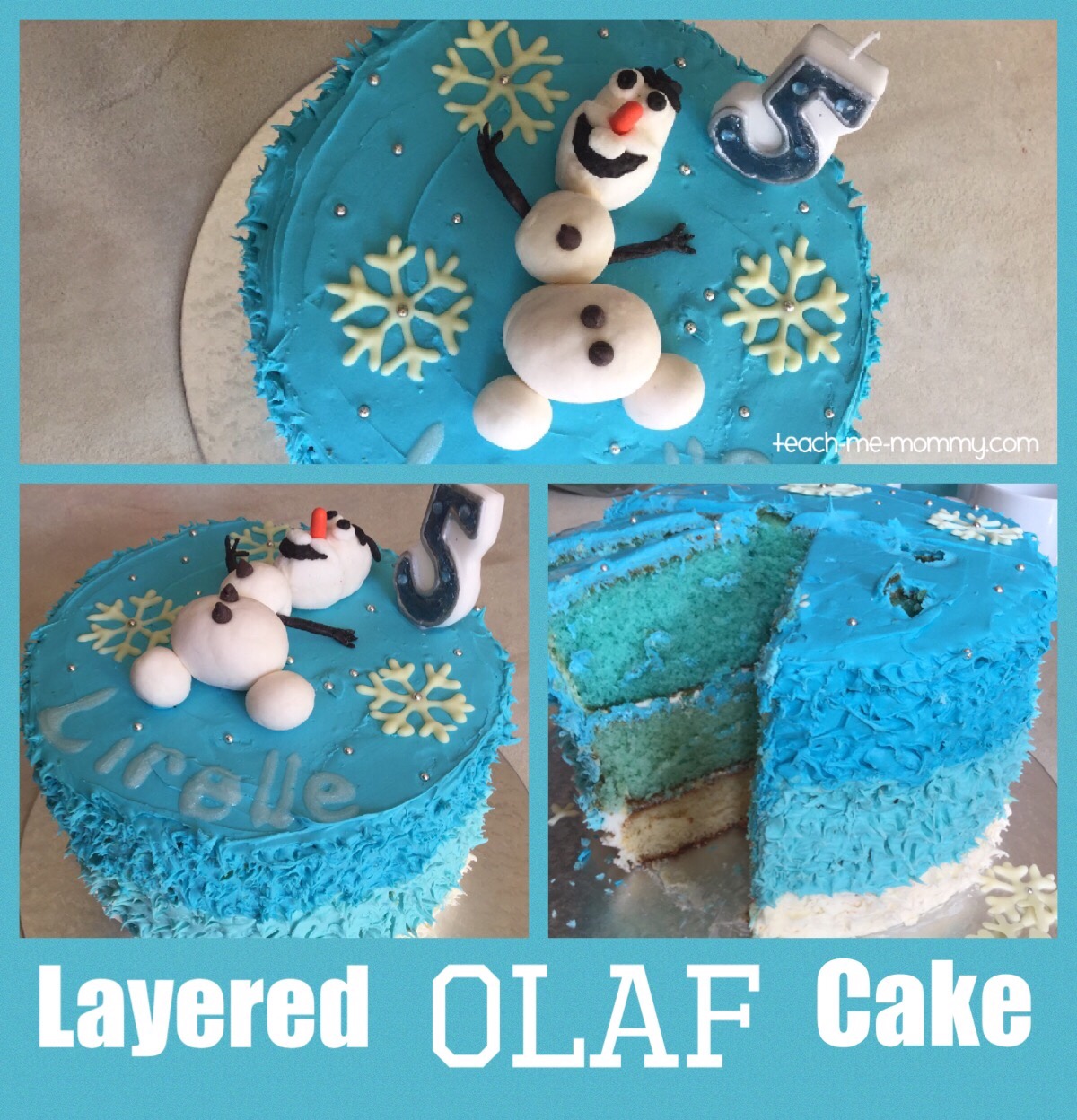 When cut, the caked looked amazing, with the different layers. It was a bit sweet, because one has to use quite a lot of icing to get the desired look, but totally worth it!

And best of all: this little lady blew her own candle for the first time in her five years! She was so excited that she actually did it, she took the candle out before a proper photo was taken! 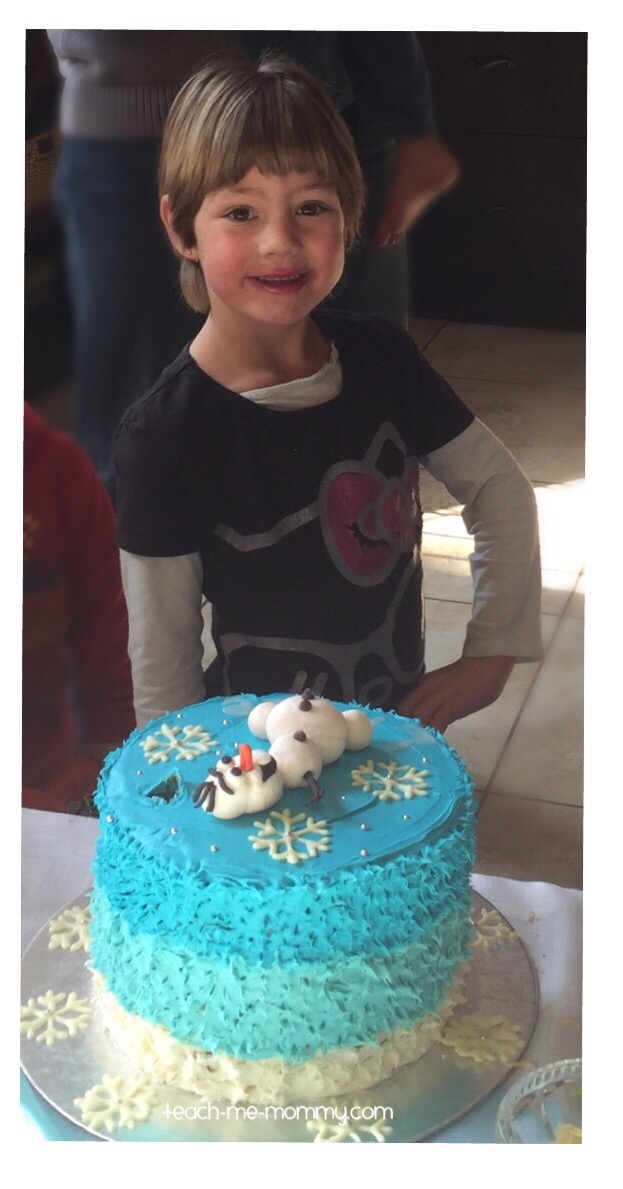 « A Letter to my 5 year old Daughter
Awesome Frozen Party » 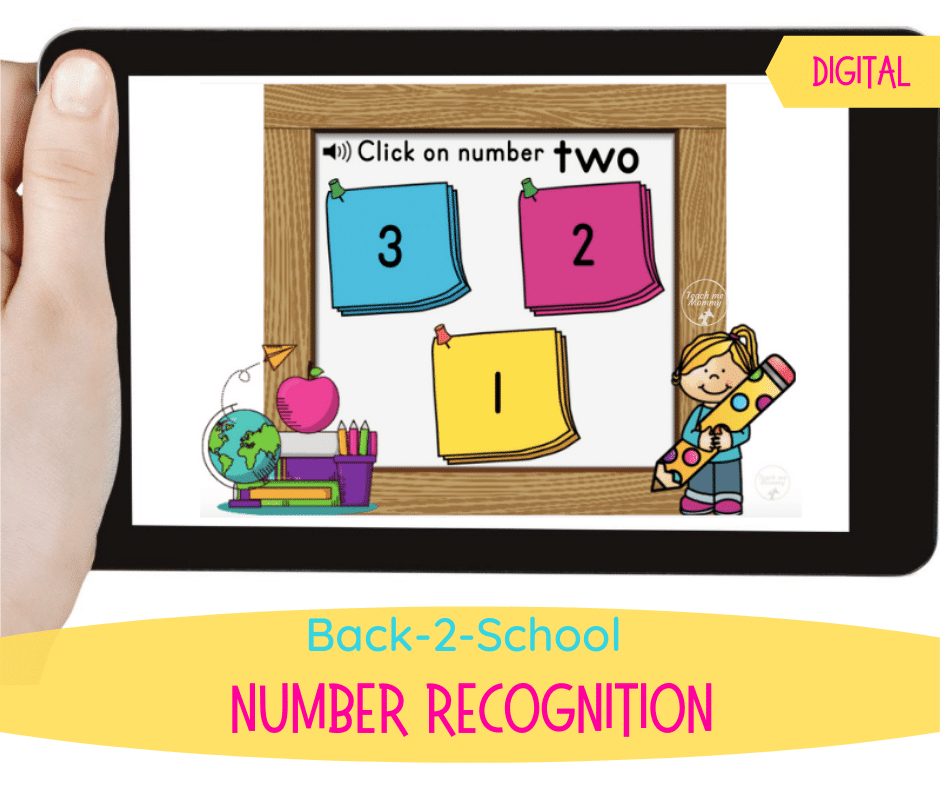 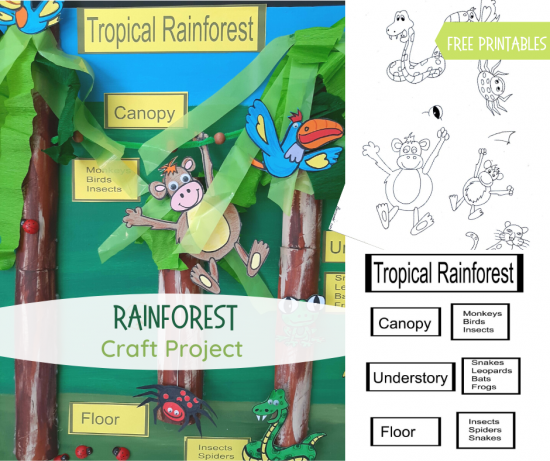