One thing I have learned working with children with learning disabilities: they need hands on activities in order to grasp a concept!The use of real building blocks for this CVC word building activity is just that!

For this activity you will need: 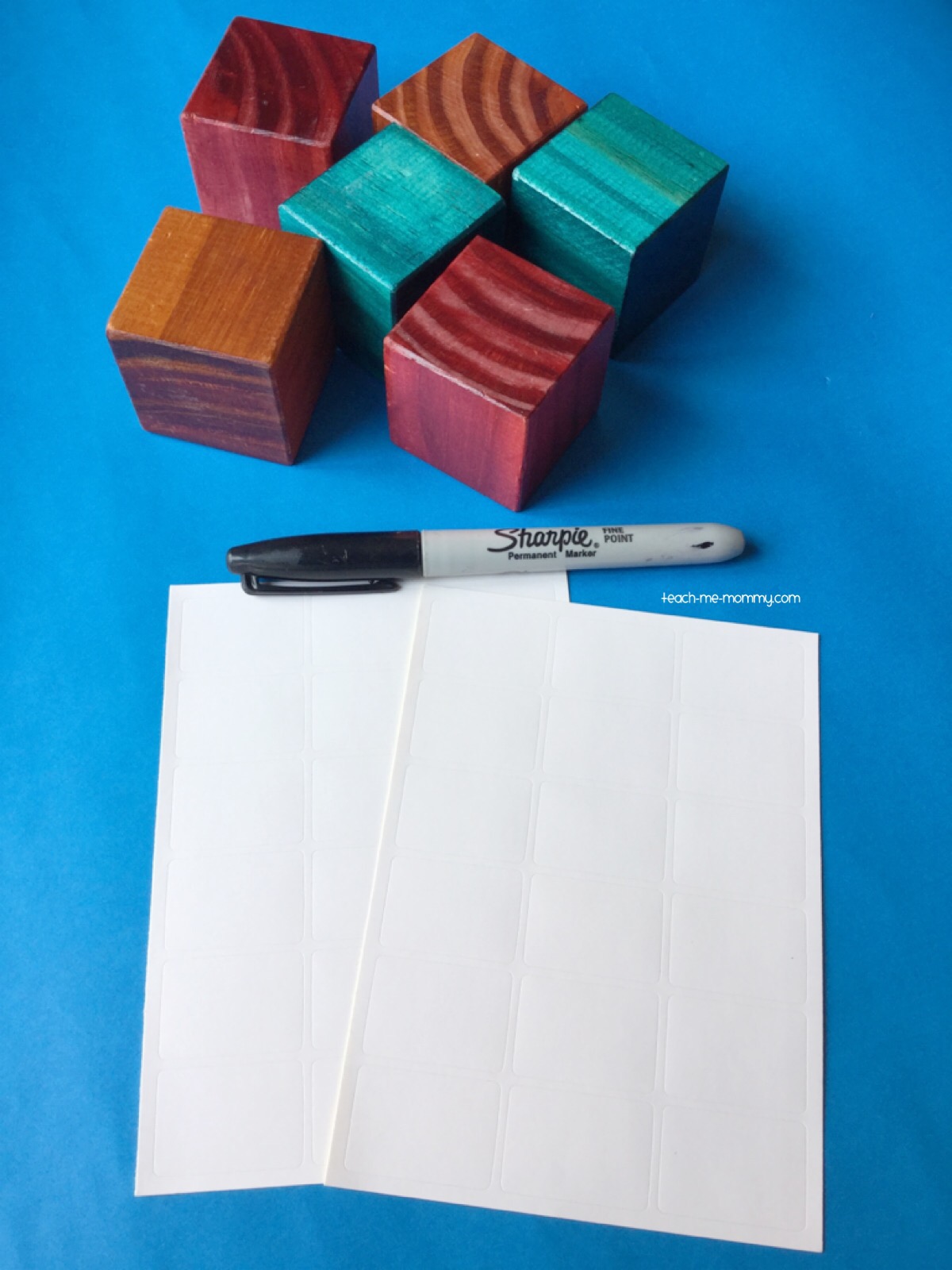 Write the letters on the stickers and stick it on the blocks.

We have revised the letters c, a, t, o and p in the fist two weeks of school, that is why you will see only these letters on the blocks(I added a line underneath the letter p so it won’t be confused with a letter d after I took these photos). You can obviously use whatever letters your kids now and work with that. 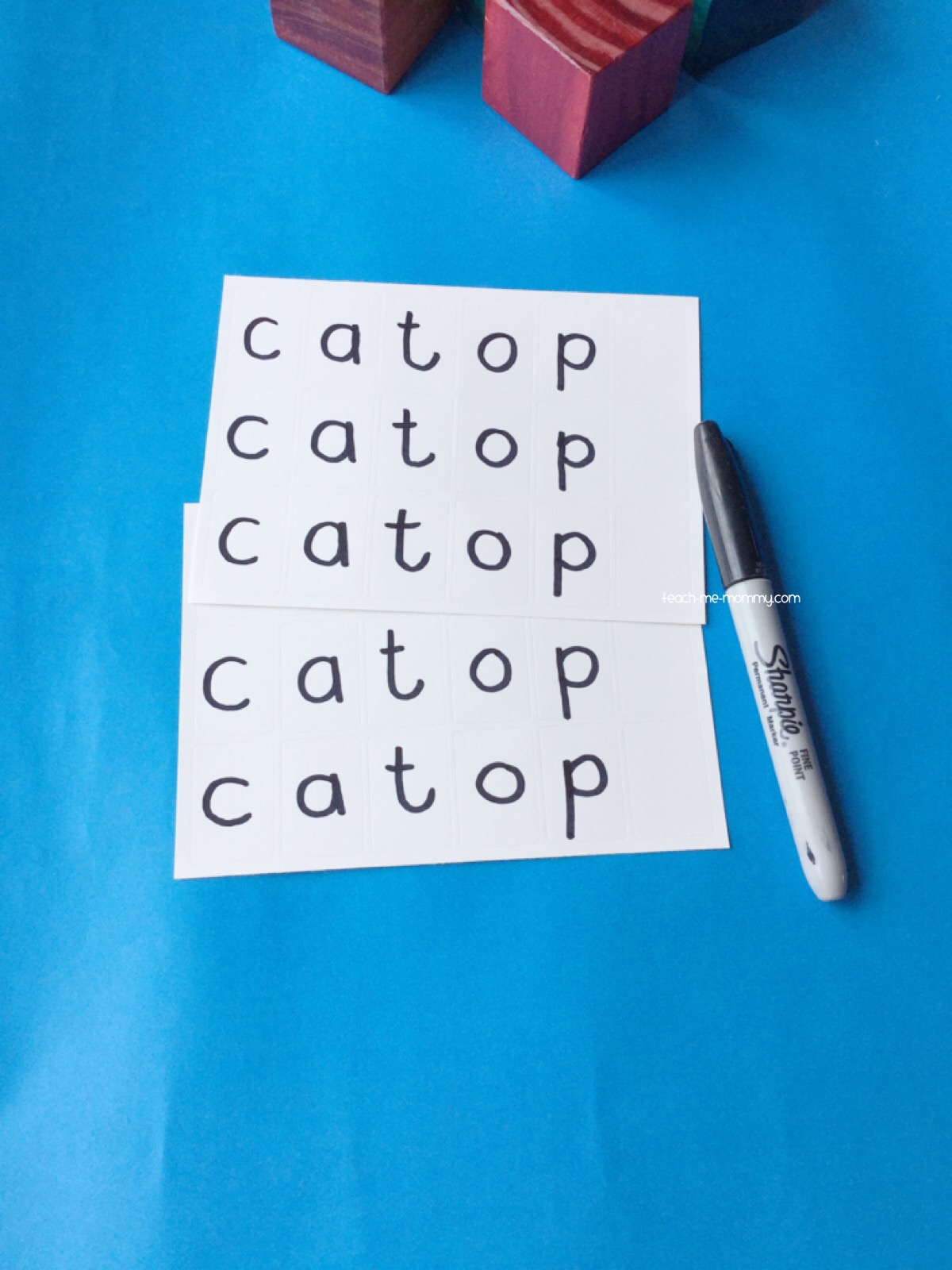 I like the idea of using stickers on the blocks, that makes it non-permanent and it could be changed or removed. 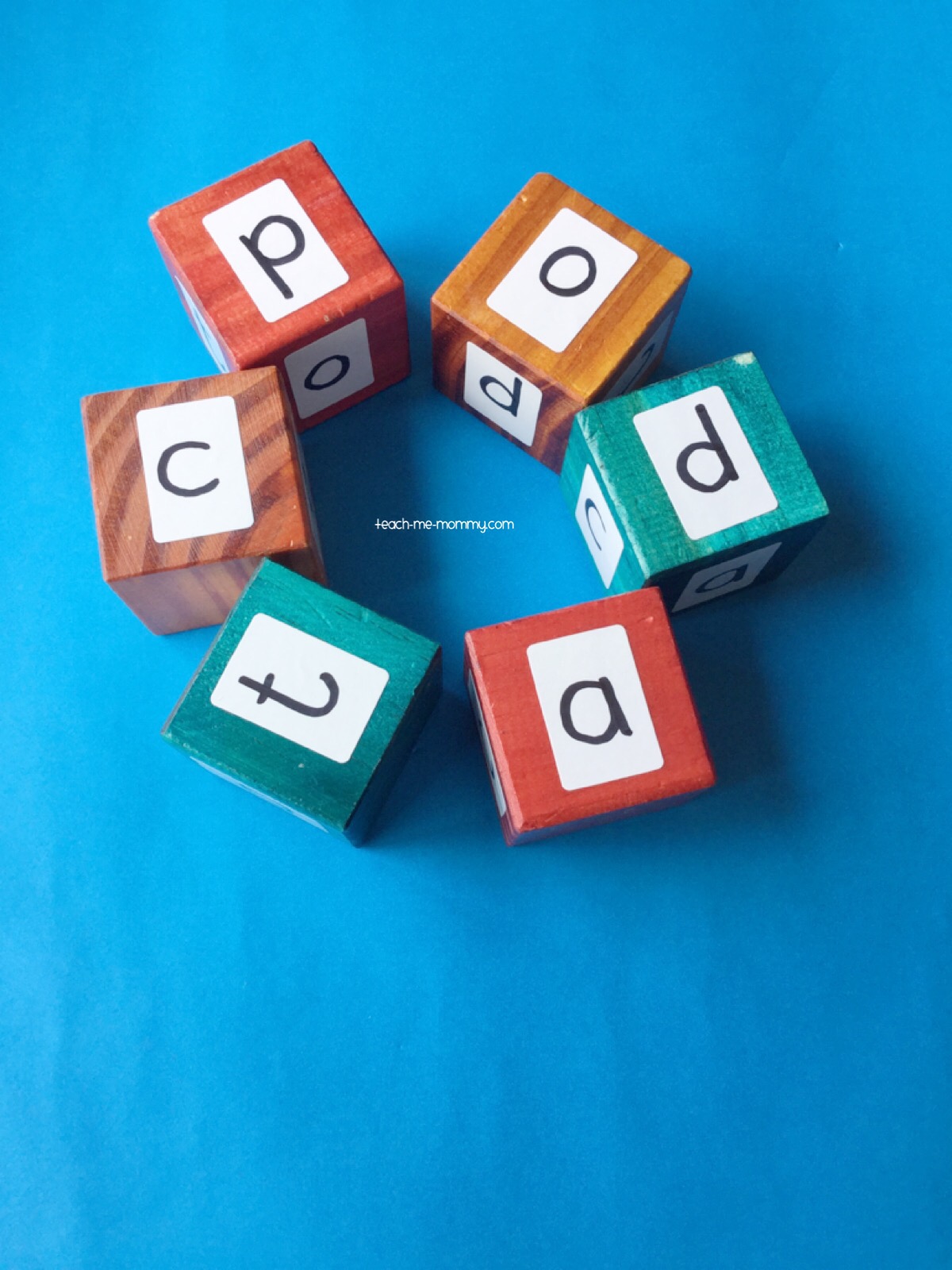 PS: You have to see these posts about Spelling with building blocks and CVC Dominoes. Both activities are fabulous, that is why they were added to two fab books!

I have 3 to 4 kids in a therapy group and each will get a block with all the letters. (A child can play individually and build more words)

This is a great segmenting and blending activity, two skills kids need to spell, read and write. 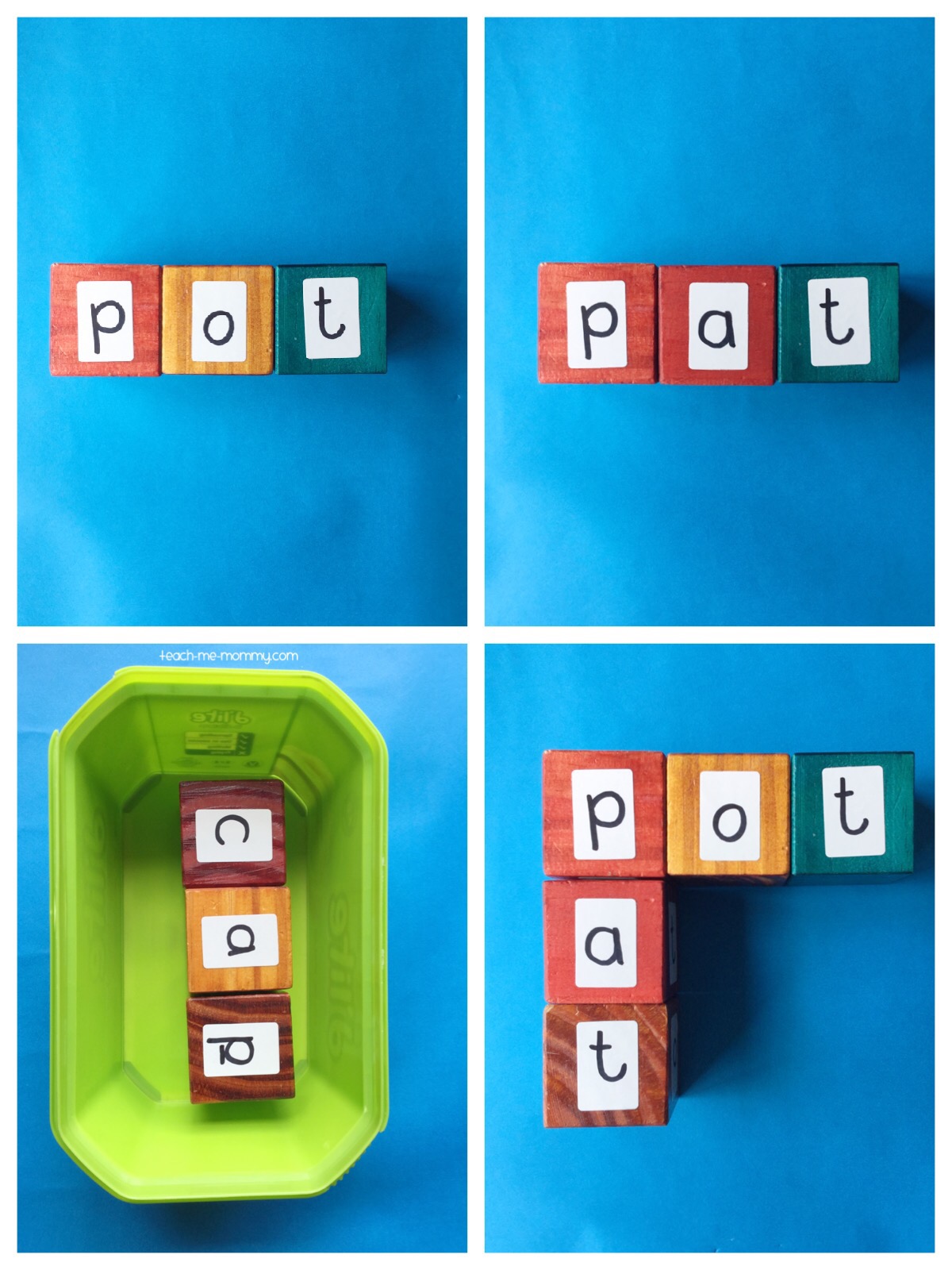 For an individual activity: Add the blocks to a container and shake it up. What does it spell? Or play a game of block scrabble: start with one word and build on! 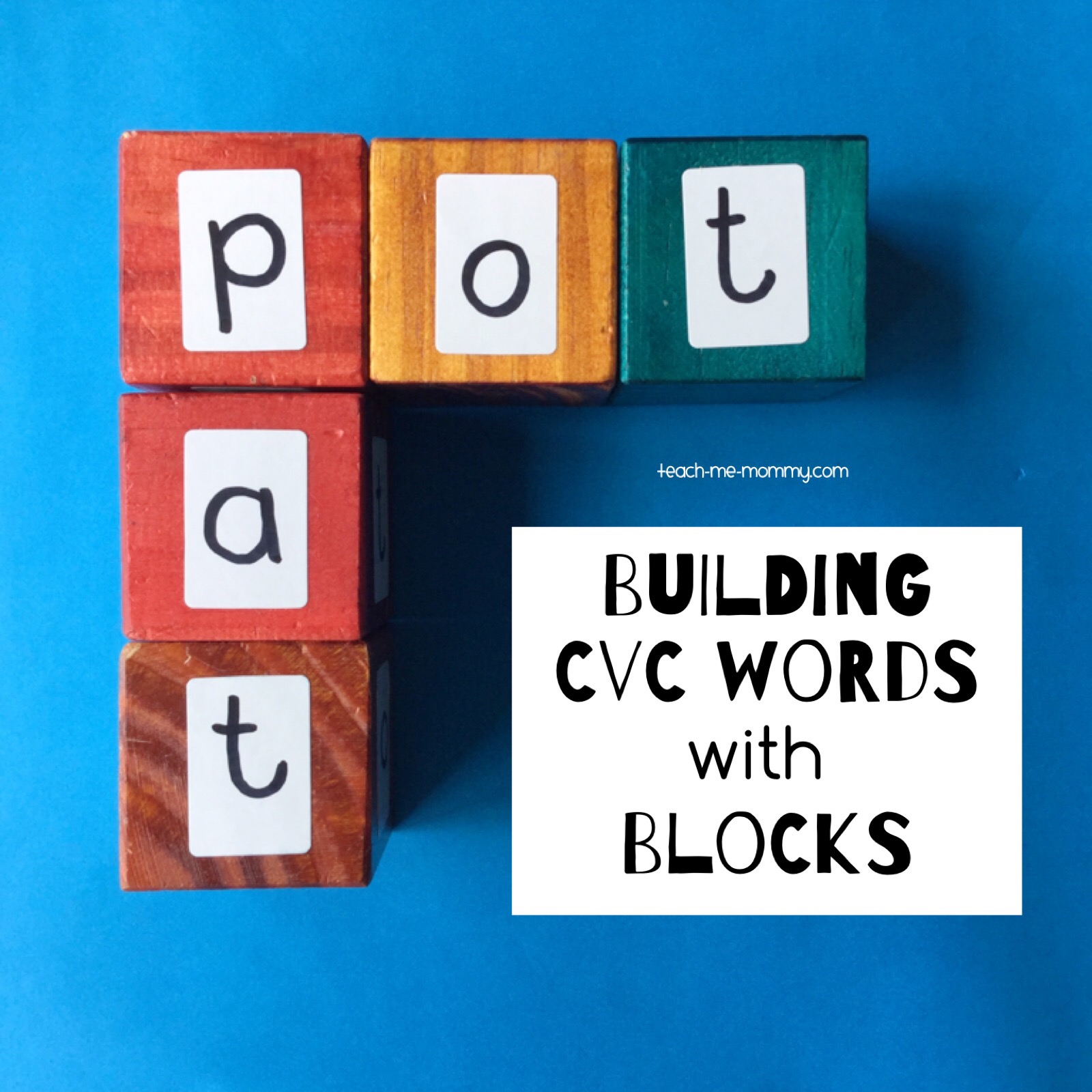 Make word building fun by using real blocks and your children will have a blast revising their CVC words!

Click on the images below to buy from our store⤵️ 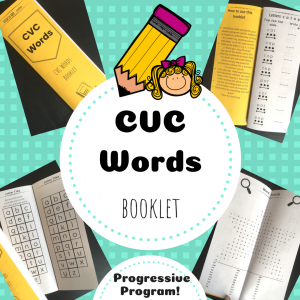 Do check out our CVC Words Pack

If you like this activity you have to check out this awesome book called ABC’s and 123’s with 40+ hands-on activities to work on letter, number and shape skills!