For a Special cousin we made a box full of balloons and inside the balloons were money and sweets.

The cousin turned 7 and with the age comes wisdom they say, so she asked for money instead of presents(so clever), so she can go and do her own shopping (you go girl!) 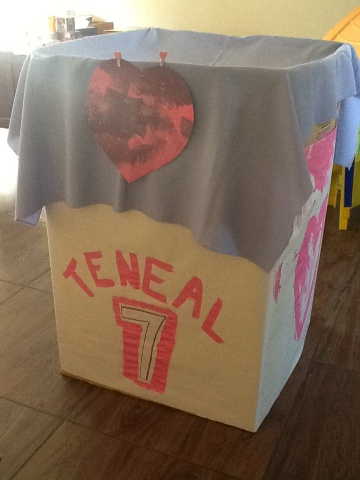 So instead of giving an old boring card with the money inside, I decided to get a few R10 notes and we rolled it up, slipped it into the balloons before blowing them up. There was quite a number of balloons, and a BIG box(we used the one the washing machine came in), so some of the balloons got small sweets in. To fill up the box I just added some tissue paper and sponges. 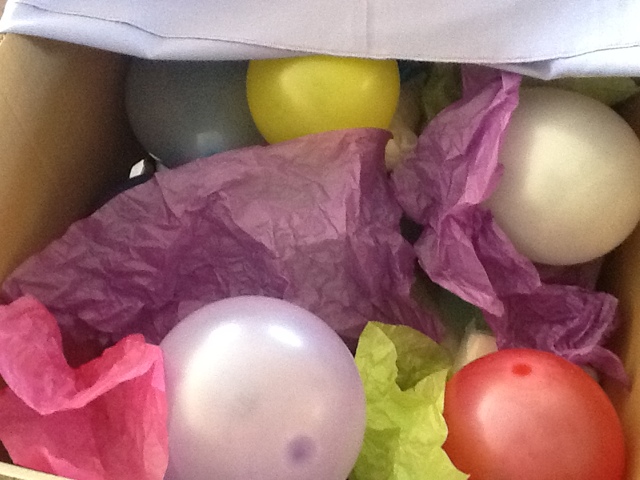 Lella helped to “decorate”the box and of course she made the card. 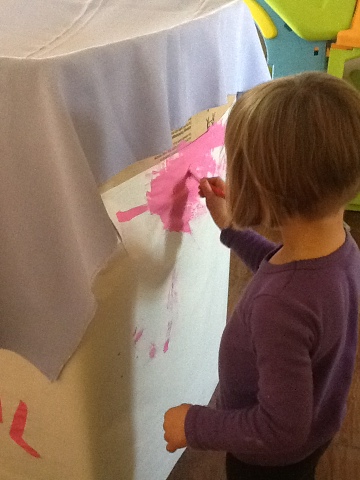 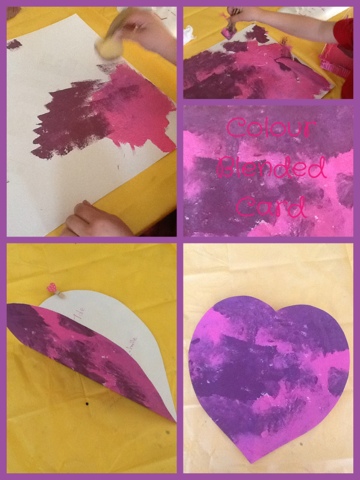 They all had fun when the birthday girl popped the balloons (except baby brother who did not like the noise), and out came money and sweets! The sweets went all over the place(almost the same effect as a pinata), maybe not the best of ideas, but it was fun. The birthday girl loved it, so that is all that mattered. 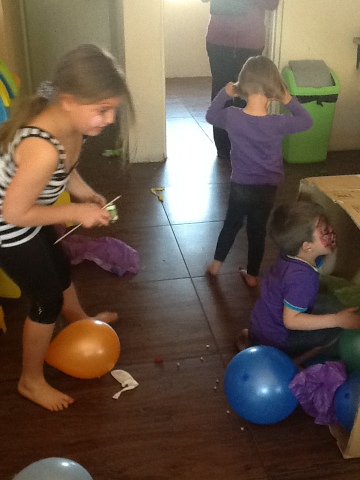