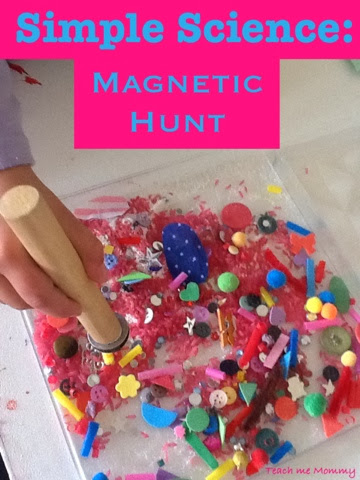 This just looks like a very disorganized activity, and part of it was! I had to sweep all of these loose parts off of the table because of a temper tantrum Lella had(yes, we are still having those at nearly 3 and a half years)! But then I decided to use this mess for some learning, so I took a thick wooden stick, attached a strong magnet to the one end, with sticky stuff (the idea is temporary), and told Lella to see what happens when she moves the magnet over the “mess”. 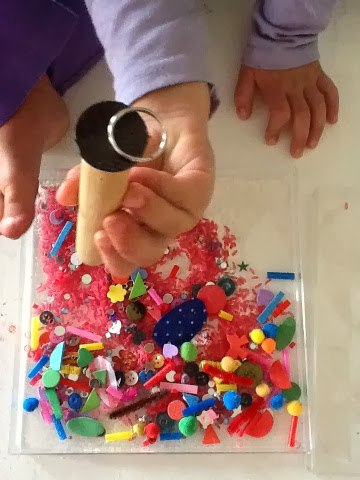 She was quite excited when something “stuck” onto the magnet, but I don’t think she is graping the concept yet, but this is just introductionary play, she has plenty time to learn more. I just let her play for a while, talking about what she sees and why some items get stuck and others not. Just exploring basic magnetic science.
She had fun, and we did something constructive with the mess she made, she forgot why she had a tantrum in the 1st place!