Try this easy, no-cook playdough recipe if you do not have the time, or energy, to make a cooked version.

I made this dough version because I was not in the mood to make the microwave version(although it is the best one), but this came out very nice. I did add a little bit more oil and flour than the recipe says as I found it to be a bit sticky, but you have to try it for yourselves.

– 1/2 cup salt
– 2 cups of cake flour
– 2 tbsp oil
– 2 tbsp cream of tartar (apparently this preserves it for up to six months, we’ll see how long ours lasts)
– 1 1/2cup of boiled water
– coloring of your choice, I used sweeto/Kool-aid mixed with the water
– few drops of glycerine to make it smoother(optional)
Mix it all well, then let it cool down for a few minutes. Knead until it comes together and is non-sticky. 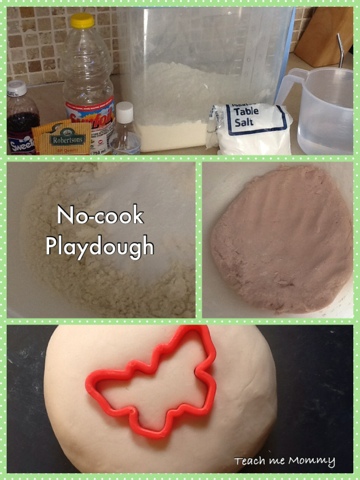 We had fun making play cupcakes, and using real cupcake toppings and candles. Also made other food items and impressions with plastic play food.
Even baby had a turn, he stuffed it in his mouth quickly, but he realized that it does not taste good and did not try that again! Even if they do ingest a tiny amount, it won’t do much harm since it is all edible ingredients. 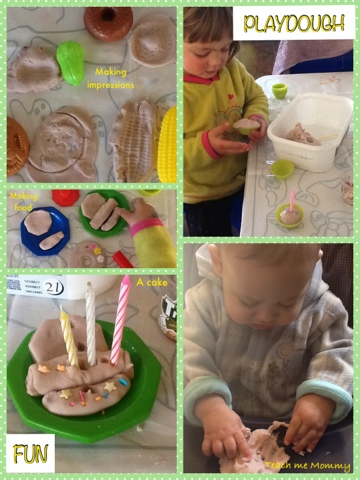 This no-cook playdough is quick alternative if you don’t have the time to make cooked playdough.