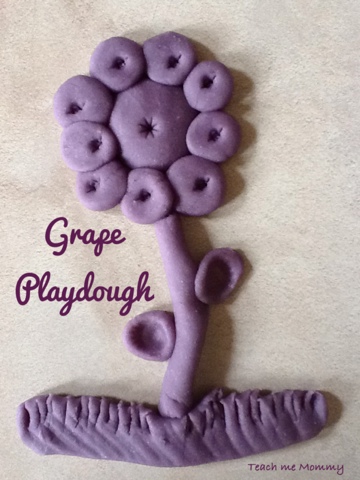 I used to love playing with dough as a child, and even while teaching, when they made a new batch of dough for my class I played with it for a bit before I gave it out for them to play with! (yes, the flower creation is mine)
I wanted to try and make this playdough for a while now because according to Pinterest it smelled great, only problem is the recipe calls for Kool Aid and we do not get that in South Africa, so I substituted it with Drink-o-Pop. It did not come out as expected, first the colour was grey-ish and not purple (so I added some red and blue food colouring) and it did only smell faintly of grape (maybe use more sachets?).
But the texture is great and Lella had fun playing with it today, and baby brother also had a turn! A lovely sensory experience.
I am plannng some more ecucational activities in which we will use the dough, check in again;)
Here is the easy recipe:
Ingredients
– 2 cups of cake flour
– 2 cups of water
– 1 cup of salt
– 2 tbsp of Cream of tartar (helps it keep longer)
– packets of Kool aid or Drink-o-pop or Sweeto (you will have to play around with the amount to get the colour and smell right)
– 2 tbsp vegetable oil 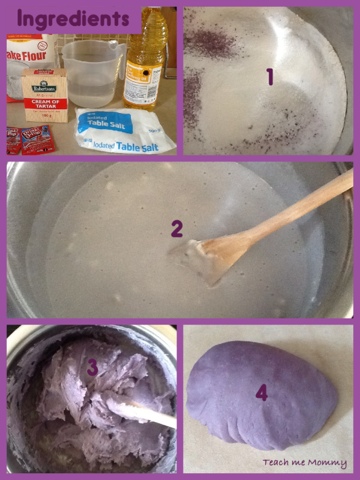 Mix the dry ingredients in a pot

2) Add the water and oil and cook on medium heat 3) until it forms a ball that is hard to stir (stir continuesly) about 7-8 minutes
3) Take out and let it cool, do not cover
Store, when cooled down, in an airtight container.
Play with it before the kids get a hold of it! 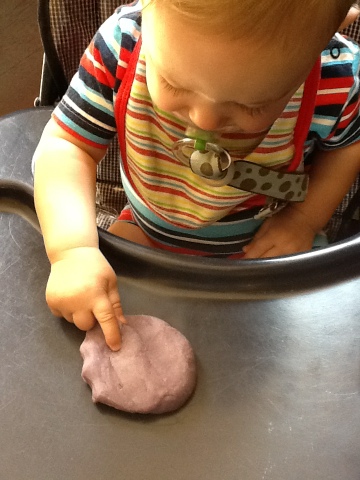 Baby was at first a bit hesitant to touch, but later squished it nicely! (note the dummy in the mouth, it actually helps so that he does not eat it, although he did try a few times;) 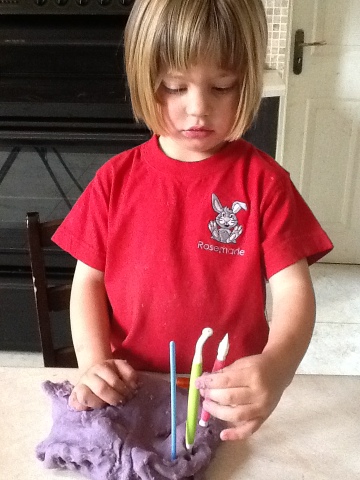 After playing with just the dough, I took out the fondant utensils and we made some impressions and also played birthday! We drew her name in the dough also. 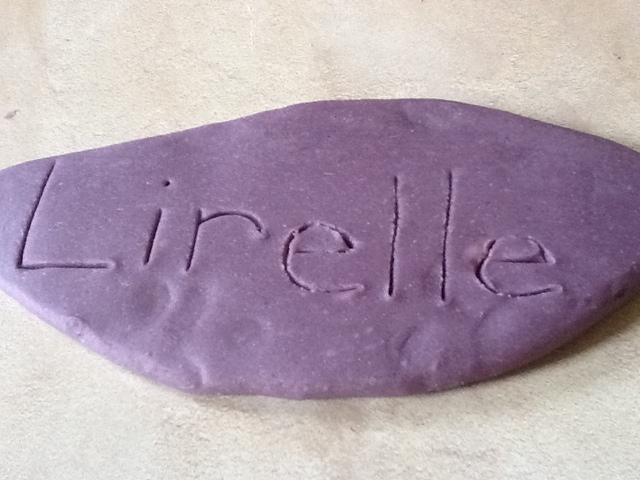 Be sure to check in again soon for more fun ideas!